Side Effects and Contraindications

Jiaogulan is very well tolerated by the vast majority of people. In fact, none of the scientific studies so far have uncovered any toxicity or significant side-effects.

However, certain individuals should exercise caution when using Jiaogulan.

There have been rare reports of nausea when Jiaogulan is initially taken. Although the cause is unknown, it’s common for people who go through a detox process to experience nausea, since many toxins in the body get dislodged from their usual “home” and flood the bloodstream before being expelled. This process can potentially cause nausea and other side-effects.

Any such effects are temporary and should not be a cause for concern, unless they last for more than a week or two. If you find yourself with a persistent nausea, we recommend you discontinue Jiaogulan use and consult your doctor.

Not enough is known about the safety of Jiaogulan during pregnancy and breast-feeding, or in very young children. It is recommended that you stay on the safe side and avoid use.

Because Jiaogulan acts as an anticoagulant, using it in combination with drugs or supplements that inhibit platelet aggregation may lead to increase in potential bruising and bleeding risk in some individuals. If you’re on any such medications, please consult your doctor first.

In addition, people who are scheduled to undergo a surgery should stop using Jiaogulan at least two weeks prior to the procedure in order to avoid any risk of over-bleeding.

Jiaogulan strengthens the immune system and should therefore not be taken along with medications that attempt to suppress immunity, since it will counteract their effects. Please consult your doctor before taking Jiaogulan if you’re on any such medications. 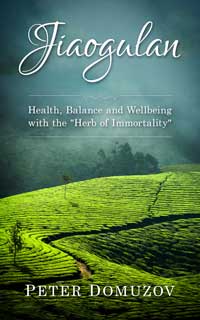