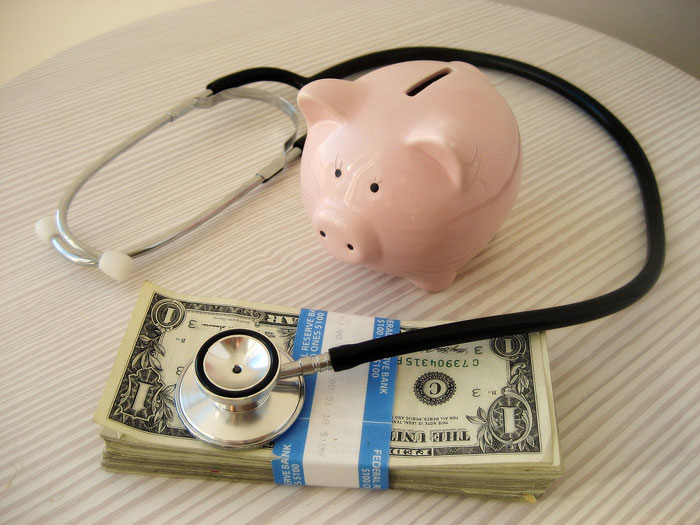 Can I Trust The Pharmaceutical Industry With My Health?

There is no debating it. We have been lied to before. In the 1970s, the salt industry told us there was no link to increased salt consumption and high blood pressure or heart disease.

Similarly, the sugar industry covered up the dangers of having a sweet tooth. These two deceptions led to many of the health crises of today.

A Look at the Clinical Trial System

Clinical trials to test the effectiveness and safety of prescription drugs in humans are currently the best scientific method and a fundamental step in establishing the safety and efficacy of today’s medical treatments.

The FDA is responsible for monitoring the safety and efficacy of pharmaceutical products in the US.

While many people assume it is the agency itself that closely tests new drugs, this isn’t the case.

The medical community relies on pharmaceutical companies to fund trials searching for treatments in areas of unmet medical need, with ‘Big Pharma’ the largest funder of clinical trials.

With so much medical research funded by the very companies that stand to benefit from a positive outcome, the veracity of such studies should be heavily scrutinised and potential conflicts of interests called into question. 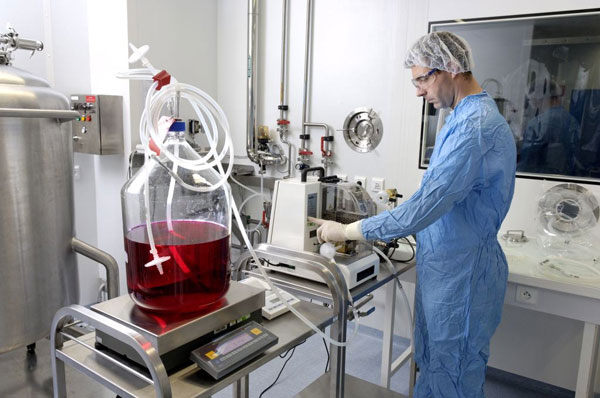 For a pharmaceutical company, the stakes for clinical success are high.

They stand to benefit drastically from studies that reflect their drugs in a positive light.

Passing or failing phased, clinical trials can make or break a public pharmaceutical company’s fortunes on the stock market.

Unfortunately, clinical trials are not conducted in a vacuum.

Drug companies are under pressure from shareholders seeking returns on investments, competitors racing to be the first to develop new treatments and the sheer expense of R&D and trial costs.

Around 30 per cent of drugs never make it out of development to pass a clinical trial.

Of the 70 per cent that clear the first hurdle, only 30 per cent will make it to Phase II.

Of those few remaining, 70 per cent will fail to proceed to Phase III – typically the final stage of human testing before a new drug is submitted to regulators for an approval decision.

In this high-pressure environment with so much at stake both financially and medically, the question must be asked can we trust trial data and the regulatory approval process?

Are companies able to rig clinical trials to make their drugs look better than they actually are? Unfortunately, the answer is most likely yes.

There is plenty of evidence that financial conflicts of interest are distorting medical research.

In today’s system, the company that manufactures the drug often sponsors the crucial last steps of research and development.

It is the most commonly discussed conflict of interest – researchers investigating specific interventions while receiving research funding or personal remuneration from the company manufacturing that intervention.

A 2016 review in the New England Journal of Medicine – The Changing Face of Clinical Trials, suggests the question of whether the results of a pivotal trial will satisfy regulators approval requirements “depends on the totality of the evidence from the trial and from all previous, related studies”.

“Often, further evidence is required to clarify the safety profile of a new drug, and approval may depend on the sponsor’s willingness to undertake additional safety studies (by means of randomized trials or observational registries).”

‘Willingness’ is the key word here. Industry-sponsored research that does not show benefit is seldom published, being that it would be to the detriment of the company sponsoring the research.

In fact, the pharmaceutical industry has a long history of hiding negative clinical trial results.

This was the case with Tamiflu – one of four treatments for seasonal flu in the U.S.

The US Government spent billions of dollars stockpiling the drug to protect against a major flu outbreak.

The Cochrane Collaboration – a not-for-profit organisation based in London that reviews health care information – began an investigation into Tamiflu’s clinical trial results following a series of reports of self-injury, suicide and delirium around the drug’s consumption.

They requested 36 trials involving Tamiflu, but the drug’s manufacturer initially only agreed to provide 10.

Only after five years of negotiations and Freedom of Information Act requests, did the company finally agree to provide access to more than 70 studies and 100,000 pages of unpublished reports.

Cochrane soon found many of the trials produced negative or inconclusive results that weren’t reported.

A 2006 study in The American Journal of Psychiatry, which looked at 32 head-to-head trials of ‘atypicals’, found that a whopping 90 per cent resulted in positive findings for the companies that sponsored them.

The study went even further, discovering that companies designed trials to be favourable by giving participants doses of competing drugs or standard treatments that were either too low or too high to be effective.

Of the results, the former editor of the British Medical Journal, Richard Smith was quoted as saying: “the companies involved seemed to get the results they want not by fiddling the results, which would be far too crude and possibly detectable by peer review, but rather by asking the right questions”.

Unfortunately, opposition to trial results in the form of lawsuits or whistle-blowers rarely unearths flaws in time to prevent harmful consequences, as was the case with Tamiflu.

Incidences of clinical trial or of trial data manipulation are unfortunately not unique to the US. A Chinese government investigation this year into Chinese based clinical trials shockingly revealed that more than 80 per cent of the data used in trials of new pharmaceutical drugs had been “fabricated”.

The damning report released on 9 September 2017, found that nefarious Chinese drug companies had been deliberately deleting, hiding or altering unfavourable data after testing.

The report is so significant that more than 80 per cent of applications for mass production of new drugs in China were cancelled in the light of the findings.

It has been nothing short of a scandal in China; with further evidence of malpractice likely to emerge.

When a multi-billion dollar, profit-driven industry is in charge of products meant for public health, incidences of trial manipulation are unfortunately a potential side effect.

Why Financial Conflicts Of Interest In Research Matters 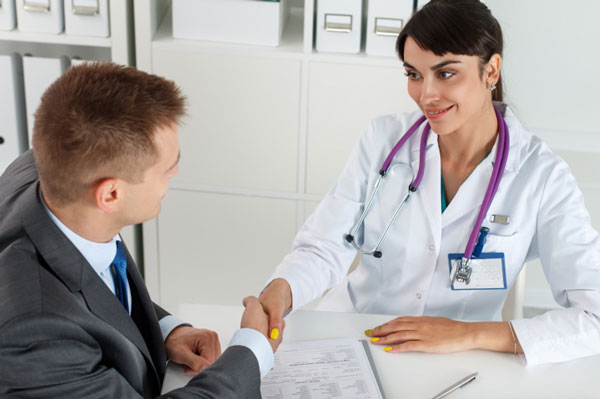 Any financial association with a company undergoing trials could give researchers an incentive to manipulate their results.

The researcher may not be unscrupulously dishonest, but any incentive to favor one drug over another, represents a serious conflict of interest that calls into question the efficacy and safety of the drugs cleared for sale.

The danger this ‘publication bias’ presents to medical safety is obvious, but it also threatens the very foundation of clinical trials as our best methodology in discovering and developing new drugs.

Publication bias can occur for several reasons. Researchers may publish positive findings more often than negative ones, as they inherently want their work to contribute to medical progress rather than to its detriment.

A 2006 US Institute of Medicine’s study recommended that the FDA should “establish a requirement that a substantial majority of the members of each advisory committee be free of significant financial involvement with companies whose interests may be affected by the committee’s deliberations.”

Such a requirement is yet to be established.

A more recent 2016 report, Conflict of interest disclosure in biomedical research: A review of current practices, biases, and the role of public registries in improving transparency, says that initiatives aimed at improving the disclosure of researcher conflicts of interest are still in their infancy.

The report says that initiatives aimed at improved disclosure are “a vital reform that must be addressed before potential biases associated with conflicts of interest can be mitigated and trust in the impartiality of clinical evidence restored”.

If we can’t trust the impartiality of clinical evidence completely, and trust is yet to be “restored”, then consumers would be wise to do their own research when considering the safety and efficacy of a pharmaceutical intervention.

It is now widely known that drug companies target individual doctors marketing their drugs. The following video underlines the problem.

Perhaps less known is the influence Big Pharma has on the education of the future medical professionals.

In 2012, researchers from Harvard Medical School in Boston analyzed published studies that included a total of 9,850 students at 76 medical schools in the United States.

The study found that most of the students had some type of interaction with drug companies and that this contact increased during the clinical years.

Up to 90 per cent of the impressionable medical students in the study received ‘gifts’ or some form of marketing materials from drug makers.

Students were frequently exposed to pharmaceutical marketing, beginning in the pre-clinical years and the study found students’ contact with the industry was “generally associated with positive attitudes about the marketing and skepticism towards any negative implications of interactions with industry”.

Drug companies know university doctors and nurses will become customers and that they are vitally important in the continued prescription of their drugs. That is why they target them.

This raises questions over how objective our newly qualified doctors will be by the time they make it to prescribing medicines.

What can I do about it?

Do your own research and always question the validity of a company’s claims about a product – approved or not. Consider a holistic approach to health encompassing exercise, healthy food and natural alternatives to pharmaceuticals where possible.

There are many safe and effective pharmaceutical drugs that have been around for a long time without complications.

However, perhaps now more than ever before information in the public domain is being called into question.

Recent medical assumptions that have undergone a complete reversal surprised many.

It is now public knowledge that in the 1960’s, the sugar industry paid research scientists to downplay the link between consumption of sugar and risk of heart disease – our number one killer.

This finally came to light more than half a century later.

Simple obvious examples like this and the high-pressure commercial environment under which drugs are tested, marketing to medical students and barriers to entry for new drug interactions, should be evidence enough to make you question the safety and efficacy of a company’s claims about a product.

While patients are the beneficiaries of new drugs that have been tested, approved for sale and prescribed, they are also exposed to new risks of potential side effects, making the quality and accuracy of research vitally important.

Former head of clinical trials at the National Heart, Lung and Blood Institute, Dr. Curt D. Furberg, summed the situation up when interviewed for an LA Times.

“Science should be for the sake of gaining knowledge and looking for the truth. There should be no other factors involved that can introduce bias on decision-making.

“Private consulting fees tempt government scientists to pursue less-deserving research and to ‘put a spin on their interpretation’ of study results.”